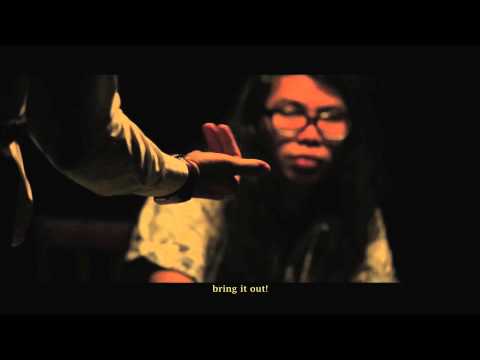 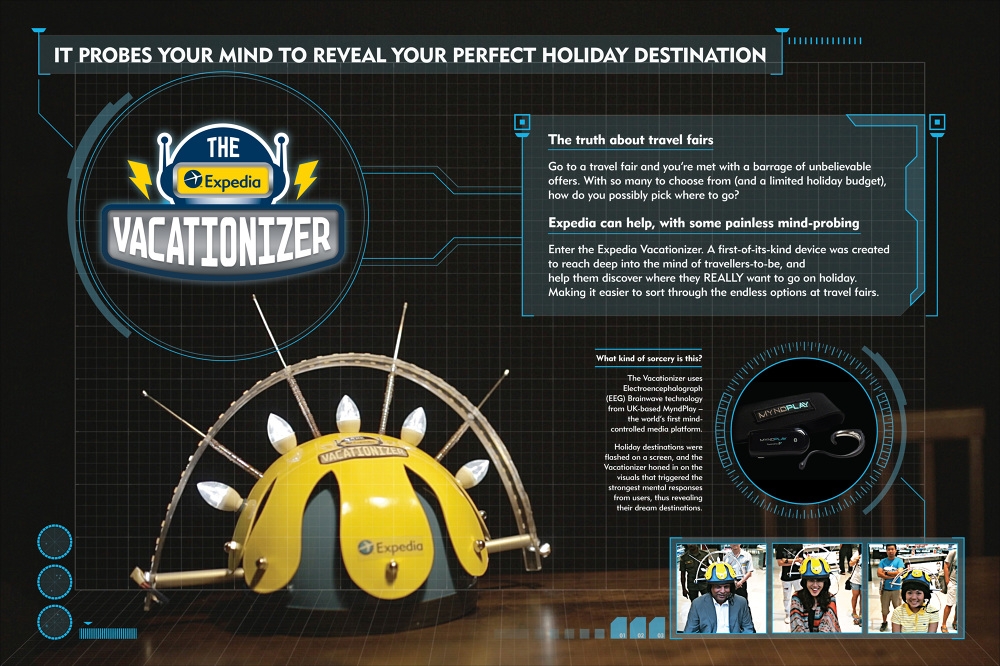 A Digital activation piece we created for Expedia which was done during The Air Asia Travel Fare in Paradigm Mall. Expedia had one of the smallest booths in the fare but ended up having the most buzz. Kudos to the client in going with an idea that was ballsy.

The idea: To help Malaysians wpick the perfect holiday, we created an experiencethat revealed the destination that they’ve long dreamed about: no more tough decision-making! Our never-seen-before device helped Expedia make the most of their tiny booth, and rake in commendable results: Holiday package sales amounted to RM270,000, exceeding the projected goal by 35%. People who tried the Vacationizer over the course of three days at the travel fair: 1,235, including AirAsia Group CEO Tony Fernandez and AirAsia Malaysia CEO Aireen OmarBooth visits: Over 50,000 visitors, thanks largely to Facebook shares of the Vacationizer in action.

- Kancil Awards 2014 - Craft for Cyber & Mobile [Use of Technology]
SILVER, Expedia Vacationizer
TBWA KL
http://www.kancilawards.com/
- Adfest 2014 - Field Marketing
FINALIST, Expedia Vacationizer
TBWA KL
http://www.adfest.com/
More our projects
X-Men Cerebro VR Mind Interactive Experience Step inside the Cerebro in our unqiue VR Cerebro Challenge where as you put on the Oculus Rift you are inside your own...
KitKat - BreakART - Create Art with your mind Break Art was comissioned by Nestle via JWT Singapore and was taken on tour around seven universities to highlight how important...
Discover Your South Africa - Personalised Brainwave... An amazing walkthrough experience which simulates the South African experience whilst the MyndBand measures the engagement...
HSBC Neurogolf Challenge JWT’s HSBC Neurogolf campaign a cutting edge video golf game that makes use of an  an EEG headset and gaming platform...